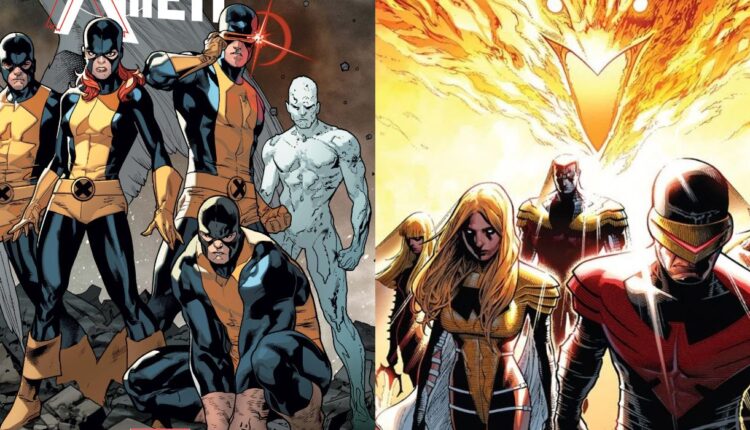 The X-Men don’t get the benefit of the doubt like other hero teams do. A team like the Avengers can harbor a reality-altering mass murderer, and no one bats an eye. If it were the X-Men, that would be the end of the world. When the Fantastic Four go too far, the public looks for excuses. When the X-Men do it, everyone is looking for the Sentinels.

That said, the X-Men often go too far, even by unbiased metrics. The X-Men have a tough road to walk, trying to keep mutants safe and protect a world that hates and fears them. It’s definitely not easy, so they’ve had to pull out all the stops many times to win.

Updated by David Harth on January 20, 2023: The X-Men have done many great things over the years, but it’s hard to argue that they’ve made a lot of errors. These errors have seen the team take things in terrible directions, often going too far. They often believe these actions are justified, yet things rarely work out that way. They’ve done a lot of damage to their reputation with these actions.

X-Men history is full of ups and downs, but that seems to have changed with the establishment of the mutant nation of Krakoa. The new mutant nation has given mutants security and power like they never had before, taking the example of previous mutant countries like Genosha, Utopia, and Tian and perfecting them. However, it’s not all it’s cracked up to be.

Krakoa is an ethnostate. Humans are barely allowed into the nation except with special dispensation from the government. While no one would be happy with a mutant nation, the X-Men have made it worse by never allowing humans to visit except for exceptional circumstances.

A by-product of the Krakoa Era has been the pardoning of mutant criminals. All mutants are welcome on Krakoa, the crimes of their past forgotten. This hasn’t been the disaster that many would have predicted, with even mutants like Apocalypse becoming an important part of the nation. However, there is a huge exception to this rule: Mister Sinister.

Mister Sinister is a monster known for experimenting on mutants and culling those he considered genetic dead ends. However, he was charged by Xavier, Magneto, and Moira MacTaggert to collect the DNA of every mutant he could, which plays a considerable role in Krakoan resurrection. Sinister has shown his true spots, attacking the X-Men in a rather predictable power play that threatens reality itself. None of that would have been possible if they hadn’t allowed him the power they did.

Krakoa was built on a rotten foundation in many ways, and a big part of that was the ruling triumvirate of Xavier, Magneto, and their secret partner Moira MacTaggert. Moira had her own plans for things, plans which she didn’t want precogs around to see, especially Destiny. However, Xavier and Magneto still wanted to use Mystique, who wanted Destiny back more than anything.

RELATED: 5 Weirdest Things That Have Happened To The X-Men In The Comics

Xavier and Magneto dangled the hope of resurrecting Destiny in front of Mystique with no intention of following through. She performed terrible missions for them, many of which resulted in her death, and they kept denying her what she was owed. Eventually, she took matters into her own hands, which led to Xavier and Magneto losing their power and Moira’s reveal, de-powering, and defection to Orchis.

The Utopia Era of the X-Men brought the team ridiculously close to extinction. There were barely two hundred mutants on the entire planet, the vast majority living in one place on Utopia. Cyclops and Wolverine decided that some threats needed to be dealt with as quickly and violently as possible, so they brought back X-Force.

Wolverine’s new team was brought together to kill enemies of all kinds before they were a problem. The problem with this was that Cyclops and Wolverine didn’t tell anyone. Many of the X-Men were against killing, so when they eventually found out, it turned many against the two leaders. X-Force was disbanded, but it wasn’t long until Wolverine started a second version of the group and kept that one secret, which would again lead to problems when the secret was revealed.

Mutants and Inhumans are quite different, something that was proven post-Infinity. Black Bolt releasing the Terrigen Mists into the atmosphere would prove terrible for the mutant race, creating a disease called M-Pox. At best, it sterilized mutants, and at worst, it killed them in horrible ways. Cyclops fell victim to it while the X-Men were investigating Muir Island, and Emma Frost decided to use this to her advantage.

She made a telepathic simulacrum of Cyclops, using it to command the X-Men and destroy one of the Mist clouds. Black Bolt became aware of this after he “killed” Cyclops. Emma wasn’t done, though, as she manipulated the X-Men into attacking the Inhumans and then was ready to use Sentinels to destroy the Inhumans. The X-Men turned on her when her malfeasance was revealed, barely stopping her.

The future of the X-Men isn’t the best. Humanity always reacts badly to the existence of mutants, leading to genocidal wars that do as much damage to humans as mutants. Ultimately, the world is reduced to concentration camps for both races, as humanity’s AI “protectors” work to limit the birth of more mutants by any means necessary.

The X-Men’s very existence goes too far because multiple futures reveal that humanity reacts to them with a genocidal zeal. This isn’t their fault, but the fact that the world burns because of them in many futures can be considered too far.

Everyone expects superheroes to date among themselves. It’s a feature of the system. It’s written into the X-Men’s DNA, as the relationship between Cyclops and Jean Grey proves. However, there are always times when it’s not the best for the team or those involved. And then there’s the time when it’s probably illegal.

That’s the relationship between Archangel and Husk. Archangel was an adult, in his mid to late twenties at least, and Husk was a teenager. Even if she was eighteen, and that’s a big if, there was definitely something rotten in Denmark. It’s not the first time the X-Men overlooked an illegal relationship, but it’s the most recent.

Cyclops is X-Men royalty. He’s the team’s greatest leader, and everyone respects him. After Jean Grey’s “death” as Dark Phoenix, he left the team to be with his new wife Madelyne Pryor, the two of them having a son named Nathan. And then Jean Grey returned, and Cyclops decided that families were lame, so he formed X-Factor to hang out with her again.

RELATED: 10 Reckless X-Men Who Always Make It Out Alive

Everyone has been surprisingly cool with this ever since it happened. No one batted an eye at the time, and it’s rarely brought up in the present. Cyclops’s actions caused many problems down the road, but it always gets blamed on Madelyne and Mister Sinister.

7 Beast Has Done Terrible Things As Head Of X-Force

The X-Men are used to betrayals, but what Beast has been doing on Krakoa is worse. Beast was the team’s fun scientist for years, quick with a joke and a kick to an enemy’s face. Recent years have seen him growing hard and unreasonable, and he was chosen as leader of X-Force when Krakoa was established as a mutant nation. This made him the leader of the mutant CIA.

Beast has also been taking a page out of the CIA’s book in practice. He’s tried to overthrow a nation in secret, almost opening Krakoa up to worldwide retaliation, killed Wolverine and experimented on him, making him into a mindless killing machine, and created a black site prison space station. He’s doing it all in the name of mutants, which will definitely haunt them.

The X-Men have some rather dark secrets, many of them involving Professor X’s mental powers. Xavier hasn’t ever had a problem with mindwiping people when it benefited the team, but he’s also done it to them. When the X-Men first discovered Krakoa, Xavier sent the team there, and the mutant island imprisoned everyone but Cyclops.

Xavier went to Moira MacTaggert for help, and she let him use several of her mutant students. Cyclops led the group in, and it went even worse than before, with Cyclops believing the whole team had been killed. Professor X erased everyone’s memories of them and brought together another team of mutants from around the world, like Storm, Colossus, Wolverine, Nightcrawler, and more.

During the early stages of Krakoa as a nation, Mystique, Sabretooth, and Toad raided a US government facility to get intelligence. Sabretooth is a brutal killer, so he murders some guards. He was taken into custody by the Fantastic Four and later freed when Krakoans got diplomatic immunity. However, that modicum of punishment was just the beginning.

The Quiet Council made its laws, one of which was not to kill humans. Although he had done it before the laws were created, they threw him in the Pit as a warning to everyone else. He worked for them, and they punished him just to prove to others they would punish them too.

The X-Men’s internal rivalries have sometimes been as bad as their external ones. Wolverine and Cyclops long had a working animosity towards each other. However, the two heroes eventually softened and respected each other. All of that changed when Cyclops had a mutant teen named Oya kill some Hellfire goons instead of waiting for Wolverine to get there to do it.

The two had a violent falling out, leading to the rest of the diminished mutant race choosing sides between them. This weakened mutants as a whole and helped lead to the conflict between Cyclops’s X-Men and the Avengers since Wolverine badmouthed him to his Avengers friends.

Magneto’s return in “Fatal Attractions” saw him establishing Avalon, a new space station for mutants, and renewing hostilities with humanity and the X-Men. After he detonated a massive EMP that knocked the Earth into the Stone Age, Xavier led a strike team of X-Men to Avalon to stop him. By the end of the battle, Wolverine’s adamantium had been forcibly removed, and Magneto’s mind had been wiped.

RELATED: 10 Ways The X-Men Can Improve Their Tactics

Xavier’s mindwipe of Magneto had major repercussions, leading to Onslaught’s creation. There were other ways to take care of Magneto that would have worked just as well and not led to such widespread devastation in the future.

Marvel’s heroes and time travel aren’t strangers, something that’s done damage to the fabric of time itself. After the conflict between the Avengers and X-Men, Beast wanted two things: for Cyclops to see the error of his ways and help with his mutation. So, he went back in time and brought the original five X-Men to the present.

This was supposed to allow Cyclops to see their younger selves and remember how it used to be, while young Beast helped the present Beast save his own life. Beast saved his life, but Cyclops didn’t change, and the whole thing nearly destroyed time.

1 The Phoenix Five Went From Benevolent To Malevolent Very Quickly

The Phoenix Force is difficult to control, something Cyclops, Emma Frost, Namor, Colossus, and Magik found out firsthand. Iron Man’s attempt to destroy the Phoenix split it, and it took root in those X-Men. At first, the Phoenix Five used their might for the good of the world, but that began to change when they decided the world needed to give them the Avengers.

NEXT: 10 X-Men Who Need To Make Their MCU Debut ASAP